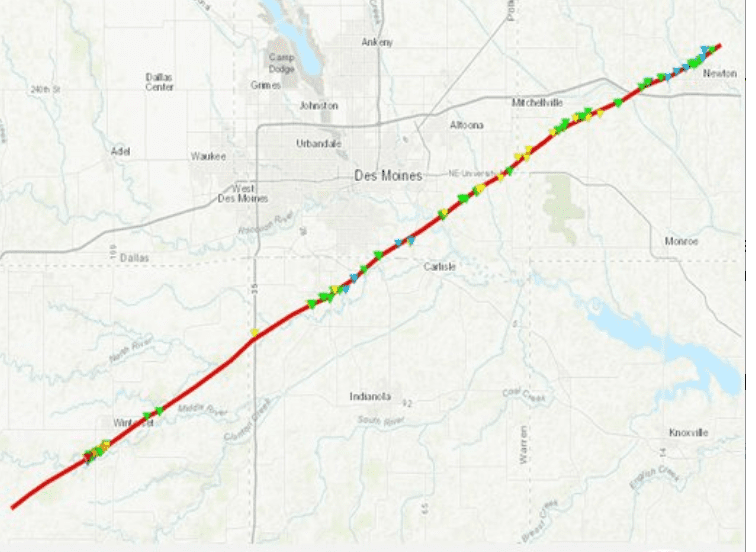 According to the National Weather Service in Des Moines, the state of Iowa experienced an EF-4 tornado for the first time since 2013, and the second largest since 1980.

On March 5, 2022 three supercells swept across Iowa, producing several tornadoes. Two supercells in southern Iowa produced three tornadoes. Meanwhile, a single long track supercell produced multiple tornadoes from the southwest corner of Iowa all the way through central Iowa and into east central Iowa. The largest tornado moved across Madison, Warren, Polk, and Jasper counties for nearly 70 miles and at it’s peak produced winds of nearly 170 mph. This is the first EF-4 tornado in Iowa since October 4, 2013 which occurred in Woodbury and Cherokee Counties. This is second longest tornado in Iowa since 1980, behind the longest occurring on June 7, 1984 at a length of 117 miles across southern Iowa.