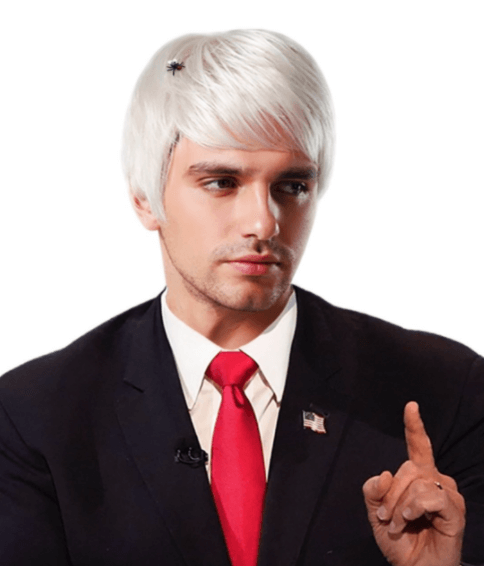 The internet can’t stop buzzing about the fly that landed on Vice President Mike Pence’s head during the 2020 vice presidential debate on Wednesday night (10/7).

Social media has been flooded with memes depicting the fly on the vice president’s head, and now the viral moment has even been turned into a Halloween costume.

Less than 24 hours after the fly landed on Pence’s head, the apparel company 3 Wishes had already debuted its “Debate Fly Wig” Halloween costume.

The “Debate Fly Wig” costume will be available for $49.95, and will come complete with a “deluxe, high-quality silver white wig with an attached, oversized black fly and flag lapel pin.”

The description for the Halloween costume reads, in part, “MAKE YOUR HEAD GREAT AGAIN! Look fly and steal the spotlight at your next party with this Debate Fly Wig, perfect for when being a fly on the wall just won’t do!”