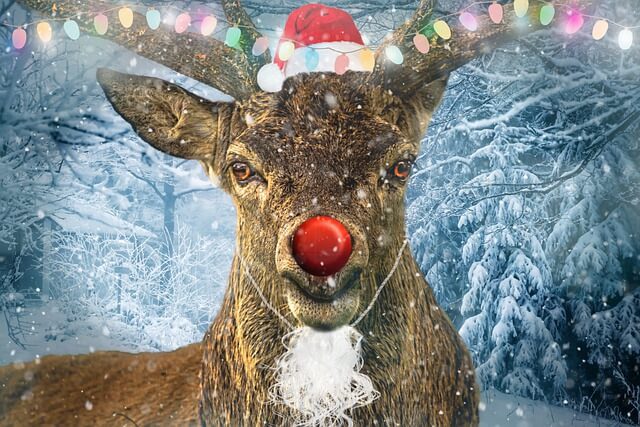 A British Columbia woman said the red-nosed Rudolph decoration has proven to be an irresistible target for aggressive local deer, despite its red nose.

Arlene Chmelyk of Fort Nelson repurposed the 3D archery target, made in the size and shape of a white-tailed deer, into “Rudolph the Red-Nosed White-Tail” about 5 years ago, and they quickly discovered local deer apparently couldn’t tell the difference.

She thought the glowing red light bulb that her husband installed on Rudolph’s nose, would keep real deer away. Instead, “Every year a buck in the area attacks him or hits and knocks him over and breaks him,” Chmelyk told CBC News.