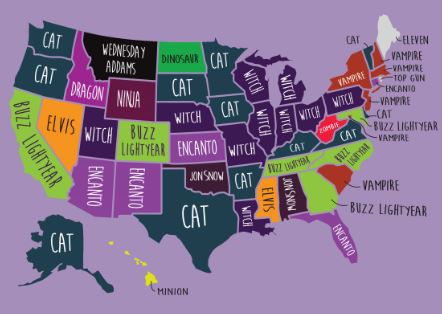 For the fifth year in a row, the team at All Home Connections found the most searched Halloween costume in each state. This year, witches and cats rule the nation with a combined 22 states searching for them most.

But don’t underestimate the power of pop culture—costumes inspired by Lightyear and Encanto also made the list with 11 states searching for characters from these new Disney classics.

Whether you’ll attend a monster mash or stream the newest scary movie on your couch, here’s a look at the biggest costume trends of the year, so you can decide if you’ll join the crowd or try something new.