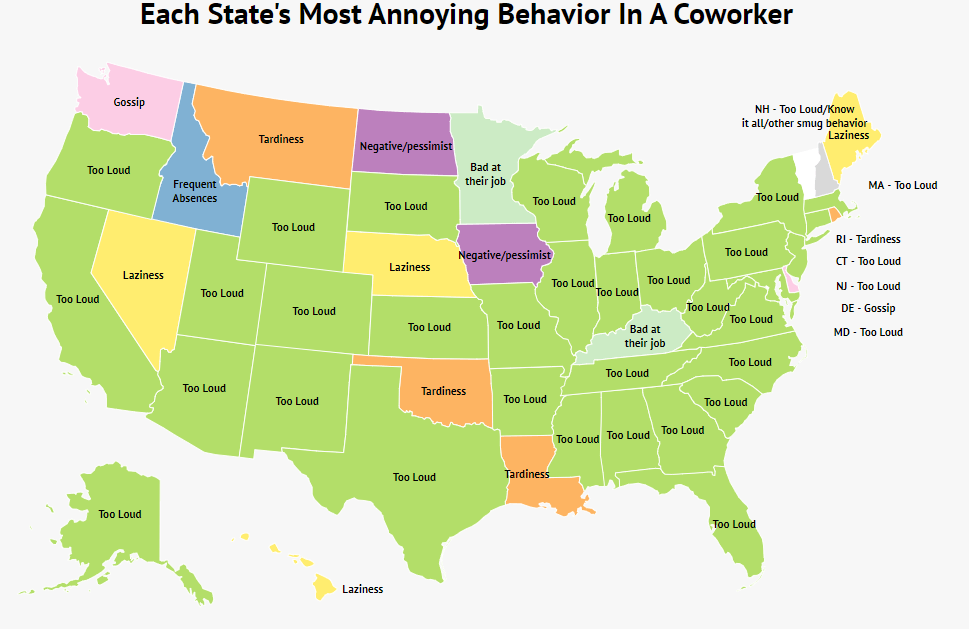 A new study from Zippa looked at all 50 states and the top thing that annoys us about our co-workers.  Coming in late, being lazy, and being bad at their job all made the list.  But being too loud is #1.