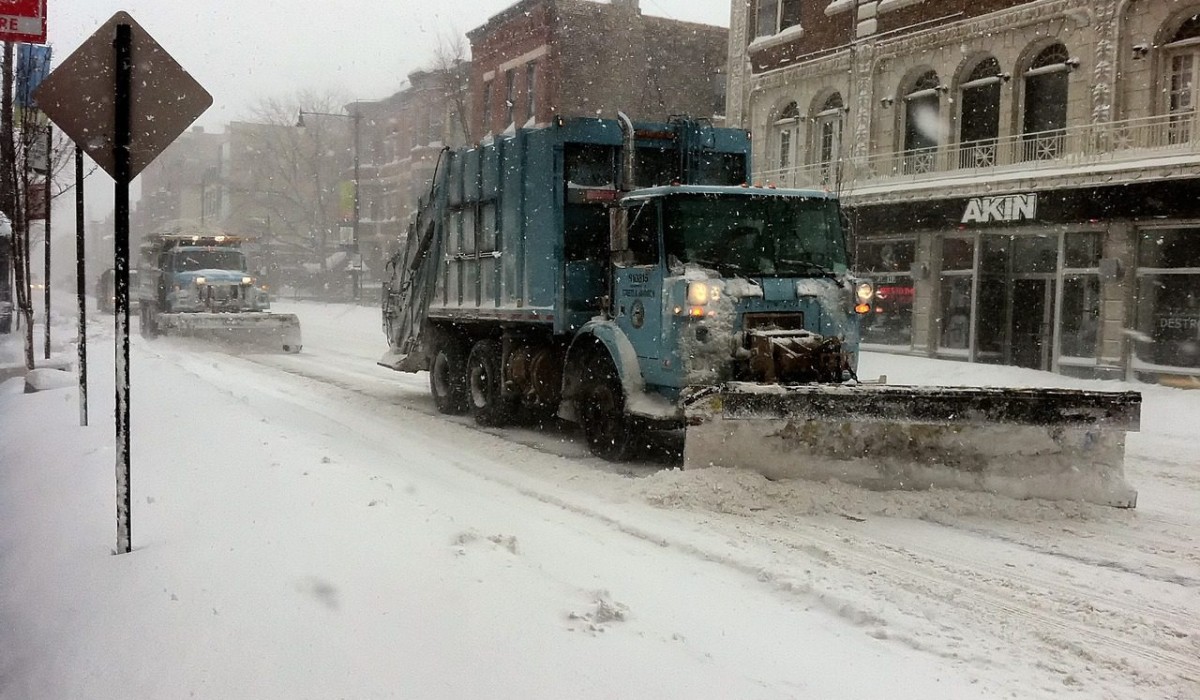 Who remembers the “Blizzard Of 1991”??? Here are some of the details from the National Weather service from Halloween of 1991.

In 1991, a low-pressure system developed on Halloween morning over southeast Texas and moved rapidly north-northeast, reaching its maximum intensity (984 mb) just east of La Crosse, WI on the afternoon of November 1st. This storm became known as the “Halloween Blizzard” in most of Minnesota and the “Halloween Ice Storm” in Iowa and portions of southeast Minnesota.

Snow moved into southern Iowa during the afternoon of October 30th and then spread into northern Iowa and Minnesota early on October 31st. Warm air aloft wrapping around this low-pressure area caused the snow to change into a mixture of snow, sleet, and freezing rain by mid-morning on Halloween across southeast Minnesota and much of eastern Iowa, and this mixture continued until the late afternoon of November 1st. One to two inches of ice accumulated from southwest Iowa into north central Iowa, and from 2-3″ of ice accumulated across south central and southeast Minnesota.

In Iowa, Interstate 35 was closed down by fallen power lines. 80,000 homes were without power and there was $63 million in utility damage. Ten to fifteen percent of the corn crop was still in the fields and the combination of ice, snow, and wind from this storm flattened some fields. Crop damage was estimated up to $5 million. This storm is considered the most costly ice storm in Iowa history. It took over a week to restore power in some rural areas. Governor Terry Branstad declared 52 of 99 counties as disaster areas.

In south central and southeast Minnesota, 11 counties were declared federal disaster areas due to this ice storm. The total damage was $11.7 million. According to the National Weather Service publication Storm Data, “at least 20,000 people experienced power outages from October 31st to November 2nd as many power lines and poles snapped under the weight of the ice. Many rural areas were without power for about a week. Governor Arne H. Carlson declared a state of emergency in Freeborn and Mower counties. The National Guard was called upon to help provide generators to rural farmsteads. The National Guard armory and a local mall in Albert Lea were both used as the shelter for many stranded motorists November 1st and 2nd. At the height of the storm, an 180 mile long stretch of interstate 90 from South Dakota border to Rochester was closed.”

During the evening of November 1st, arctic air moved into the region, changing the precipitation to all snow. The snow continued until midday on November 2nd. 6 to 10″ fell across Winona and Houston counties in southeast Minnesota, and La Crosse county in southwest Wisconsin. Meanwhile, 3 to 6″ of snow fell across the remainder of southeast Minnesota, portions of western Wisconsin, and a small portion of northeast Iowa. These amounts are small in comparison to the snowfall from Red Wing, MN northward to the Duluth, MN area. This winter storm dropped 28.4″ of snow on the Twin Cities (single storm record for the metropolitan record) while Duluth received 36.9″ of snow (the largest single storm total in MN history).

At least 20 people died in Minnesota due to traffic accidents or heart attacks from digging out after the storm. In addition, two Wisconsin hunters died when their boat was capsized in Lake Onalaska during the storm.

No “Tricks” in this forecast. Continued warm and dry through into mid week! Although clouds will be on the increase tonight and for Sunday, Monday looks mostly sunny. Highs will mostly be in the 60s. #mnwx #wiwx #iawx pic.twitter.com/sGoYX999IH