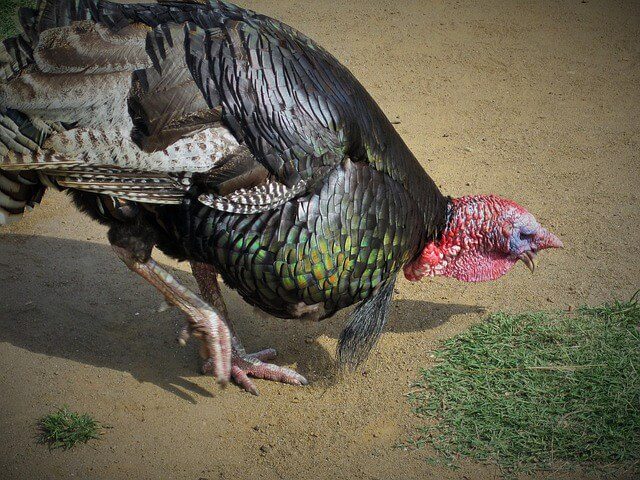 A British breeder has taken the concept of rich Thanksgiving food to a whole new level – by selling turkeys for over $300 each! The specially-bred KellyBronze birds, which retail for more than $13 per pound, have been called the “Rolls-Royce of turkeys” and are only available in a handful of U.S. stores. The birds, which roam free on a 2,200-acre farm, grow much more slowly than typical turkeys and are harvested at the age of six months, not the two-and-a-half month lifespan of supermarket turkeys.  New York butcher Jake Dickson says, “They’re probably the best turkeys in the country,” but isn’t sure if they’re worth the price, since he adds, “It’s still turkey. It doesn’t magically turn into prime rib.”

Less is always more when it comes to cooking a KellyBronze 🦃 pic.twitter.com/AXh4t3c223