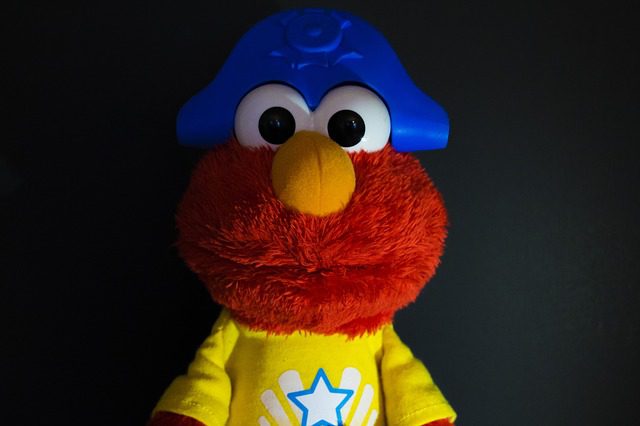 Cute, cuddly little Elmo once lost his you-know-what on Sesame Street, and 18 years later, the clip has gone viral.

In a 2004 episode, Elmo is at a table with Zoe and human character Gabi, who’s baked some cookies. Elmo asks for one, but Gabi says she’s all out. No problem — Elmo can just eat the one sitting next to Zoe’s pet rock, right? Not if Zoe has anything to say about it — that cookie belongs to Rocco. That’s where Elmo goes nuts, exclaiming, “Rocco’s a rock, Zoe! He won’t know the difference! … How is Rocco gonna eat that cookie, Zoe? Tell Elmo! Rocco doesn’t have a mouth. Rocco’s just a rock! Rocco’s not alive!”

We’re not sure why this video has become such a phenomenon almost two decades later, but we can’t stop watching it.

there are tears in my eyes y’all my stomach hurting pic.twitter.com/bbkF9yDZLf