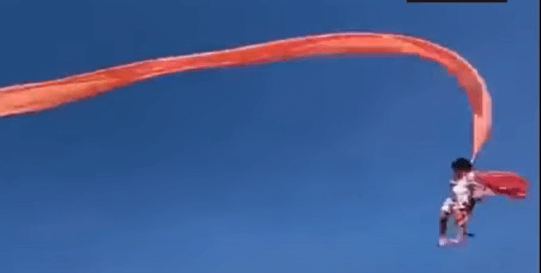 A harrowing video shows a 3-year-old girl getting lifted over 100 feet into the air after becoming entangled in the tail of a huge kite.

The video was shot during a kite festival in northwestern Taiwan and was posted on social media Sunday (8/30).

According to Reuters, local news reports said the girl had miraculously only suffered minor cuts from the incident, which lasted around 30 seconds.

Luckily, a group of onlookers was able to grab and free the little girl when she flew close enough to the ground.

Government officials told the media that a sudden gust of wind caused the kite’s tail to wrap around the child’s waist, lifting her into the air.