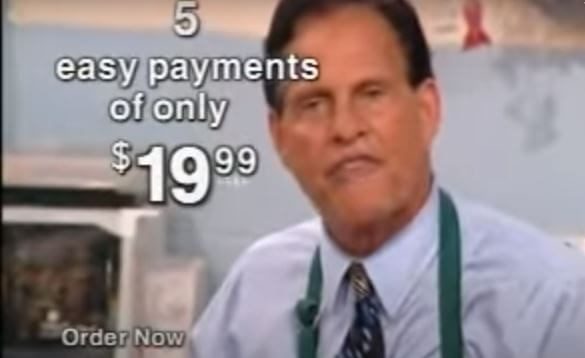 Infomercial king Ron Popeil has died. The inventor of the Showtime Rotisserie and Pocket Fisherman was 86.

Ron was just as well known for his catchphrases “Set it and forget it” and the iconic “But wait, there’s more!”

Ron created the concept of the infomercial. In the early 1950s, he and a partner produced a minute-long, black-and white commercial for $500, according to his official site.

Among Ron’s inventions, some of which can be seen in the Smithsonian Museum, are Mr. Microphone (the first Karaoke machine), the Popeil Pocket Fisherman, the Smokeless Ashtray and GLH-9 (Great Looking Hair Formula #9) Hair in a Can Spray.

His father, Samuel “S.J.” Popeil, invented the Chop-o-Matic and the Veg-o-Matic, which were sold through his son’s Ronco company.

VIDEO: A Contractor Destroys a Bathroom Because of a Billing Issue

How to quit in an epic way