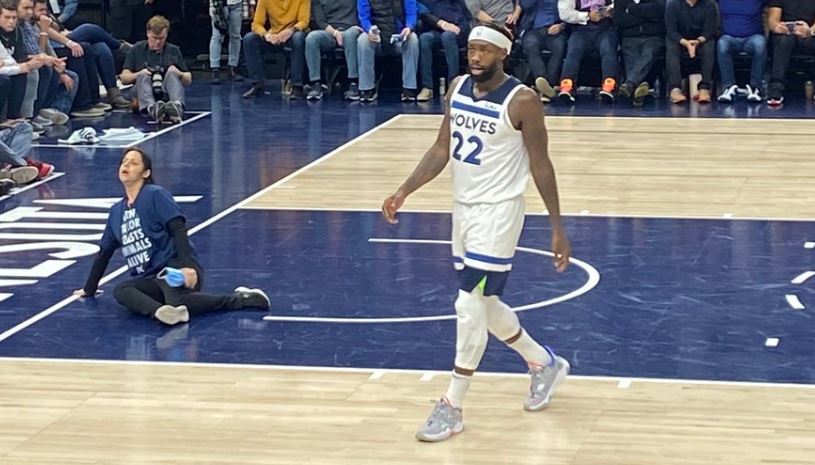 A woman reportedly tried to glue herself to the court at the Target Center late in the second quarter of the play-in game between the L.A. Clippers and Minnesota Timberwolves on last night(Tuesday). She was removed after a delay of a few minutes.

A fan was escorted off after attempting to glue themselves to the floor during the Clippers-Timberwolves Play-in Game pic.twitter.com/RreK0kjPSG

Following the strange incident, a global grassroots network of animal rights activists named Direct Action Everywhere claimed responsibility for the protest saying in a press release that it was in response to an alleged animal rights issue at Minnesota Timberwolves owner Glen Taylor’s egg farm.