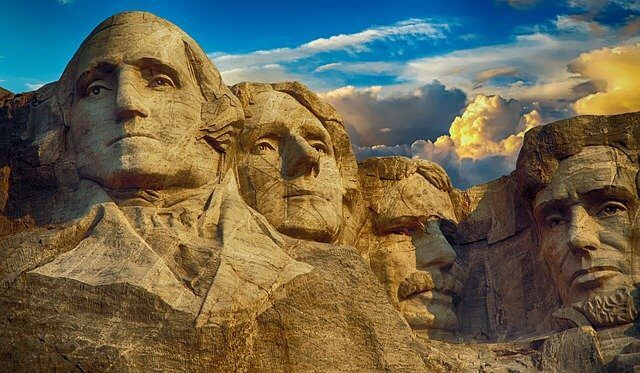 The only president to be unanimously elected was George Washington (1732-1799). He also refused to accept his presidential salary, which was $25,000 a year

Grover Cleveland was the only president in history to hold the job of a hangman. He was once the sheriff of Erie County, New York, and twice had to spring the trap at a hanging.

The “S” in Harry S Truman doesn?t stand for anything; therefore, there is no period after his middle initial

George Washington never lived in the White House. The capital was actually located in Philadelphia and other cities when Washington was president. He is also the only president who didn?t represent a political party

James Abram Garfield (1831-1881) is the first president to ever talk on the phone. When he spoke to Alexander Graham Bell, who was at the other end 13 miles away, he said: “Please speak a little more slowly.”

Thomas Jefferson (1743-1826) was the first president to be inaugurated in Washington, D.C

President Grover Cleveland (1837-1908) is the only president to be elected to two nonconsecutive terms. He was the 22nd and 24th president

After President Bush Sr. vomited on the Japanese Prime Minister, a new word entered the Japanese language. Bushusuru means “to do the Bush thing,” or to publicly vomit

Martin Van Buren was the first U.S. president to be born a United States citizen. All previous presidents were born British subjects

“Teddy Bears” were so named when Theodore “Teddy” Roosevelt refused to shoot a small bear cub one day. The incident was reported in the news, which inspired a toy manufacture to come out with the cute stuffed animals

Abraham Lincoln was the tallest president at 6′ 4.”

Gerald Ford was the first person to be both vice president and president without being elected by the people. He was appointed vice president when Spiro Agnew resigned and he succeeded to the presidency when Nixon resigned