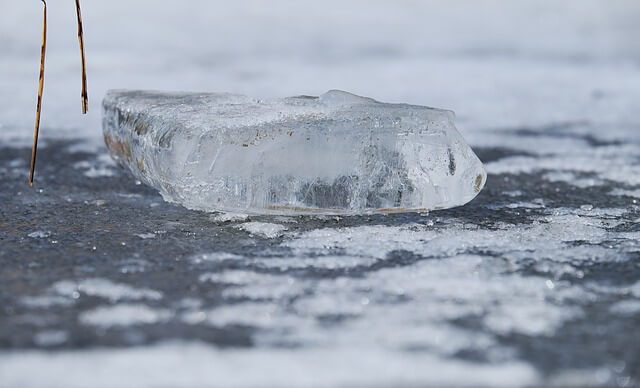 A Wisconsin man received an unusual wake-up call when a nearly 13-pound chunk of ice crashed through the ceiling of his bedroom.

Ken Millermon said he was in bed at his family’s Elk Mound home when the 12.6-pound chunk of ice crashed through the roof and into his bedroom.

The homeowner said he “would’ve probably been out, kicked the bucket” if the ice chunk had landed just inches away from where it fell.

He compared the sound of the crash to a shotgun blast.

The origin of the ice chunk is a mystery. The National Weather Service in Chanhassen, Minn., said storm clouds in the area Tuesday morning were not strong enough to cause hail the size of the ice chunk.

The ice chunk fell from the sky just under a week after a Florida family had a similar experience. The Martin County Sheriff’s Office said a large chunk of ice crashed through the roof of a Palm City home on the morning of May 19.