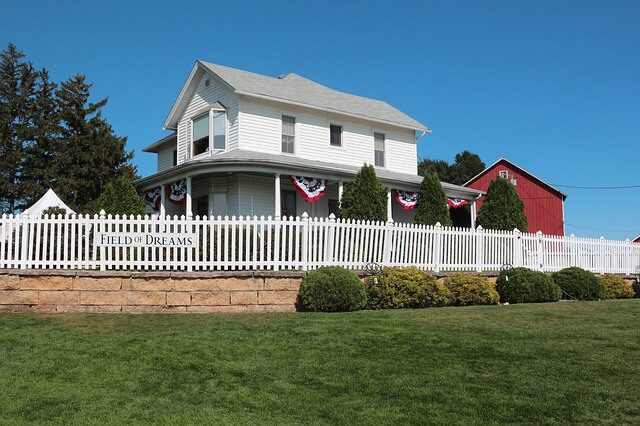 DECORAH, Iowa – The Luther College and Briar Cliff University baseball teams are excited to announce they will be the first collegiate teams to play on the iconic Field of Dreams original movie site in Dyersville, Iowa. This historic game will be held on Sept. 16, 2022.

Briar Cliff University secured this opportunity and invited Luther College as their opponent. “We are so excited that our student-athletes, along with Briar Cliff’s, will be the first collegiate players to take the Field of Dreams—a field like none other, known to inspire and evoke emotions,” said Renae Hartl, director of intercollegiate athletics at Luther College. “We are so thankful that Briar Cliff University thought enough of our institution, athletic program, and the people in it, to include us in this memorable event.”

The Field of Dreams became a notable landmark in Iowa after the movie was released in 1989. Released by Universal Pictures, the movie starred Kevin Costner and became an Academy Award nominee for Best Picture of the Year. Major League Baseball hosted a Yankees vs. White Sox game at the site in August this year, the first-ever regular-season game to be played in Iowa. The game included special guest Costner himself and drew over 5.9 million viewers. The game between Briar Cliff University and Luther College on Sept. 16 will take place at the actual movie site.

“Playing on the Field of Dreams is something our players probably never thought they would get the chance to do. As they run out onto that iconic field and feel their spikes dig into the dirt, this game will undoubtedly bring out emotions and bring them back to the reasons they play baseball, a sport that has created so many opportunities for all of us, and this once-in-a-lifetime opportunity is no different,” said Bryan Nikkel, head baseball coach at Luther College.

“To paraphrase an oft-repeated line from the movie, ‘If you build it, they will come.’ Briar Cliff is proud to go to the Field of Dreams,” said Corby McGlauflin, Briar Cliff University head baseball coach, “and we are thrilled to help make this dream come true for our students, fans and alumni.” Luther College ended its 2021 spring season with a record of 32-16 and the Norse made their sixth appearance in the NCAA III National Tournament. The Briar Cliff Chargers ended its 2021 spring season with a 34-20 record.

Ticket availability will be announced at a later date.