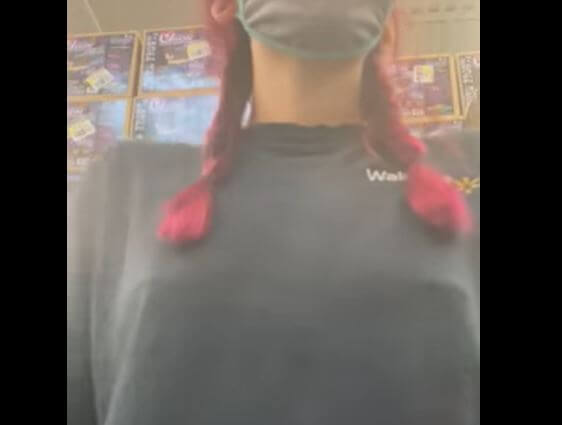 A Walmart worker named Beth McGrath has gone viral after posting a video on Facebook [warning: includes expletives] of her quitting her job – via the store loud speaker. She even prefaced her rant with the “Attention Walmart shoppers” opening. “My name is Beth from electronics,” she said, “I’ve been working at Walmart for almost five years and I can say that everyone here is overworked and underpaid. She went on to complain about everything from low wages to managers treating employees like crap – particularly older employees. She also called her store manager a “pervert” and praised her fellow employees. She ended with “eff management and eff this job. I quit.”

Responding to the reaction to her Facebook post, McGrath said in a new video: “I never intended for the video to blow up the way it did. It’s been an emotional roller coaster for me and I’m just at a loss for words. I didn’t record the video for clout. I recorded the video for my fellow coworkers, to let them know that I do love them and I do want what’s best for them. I wanted to be their voice, I wanted to be my voice. I am overwhelmed by everyone’s support. If I had any advice from this it would be to say, do not be afraid to speak your peace, even if it tears you down first.”