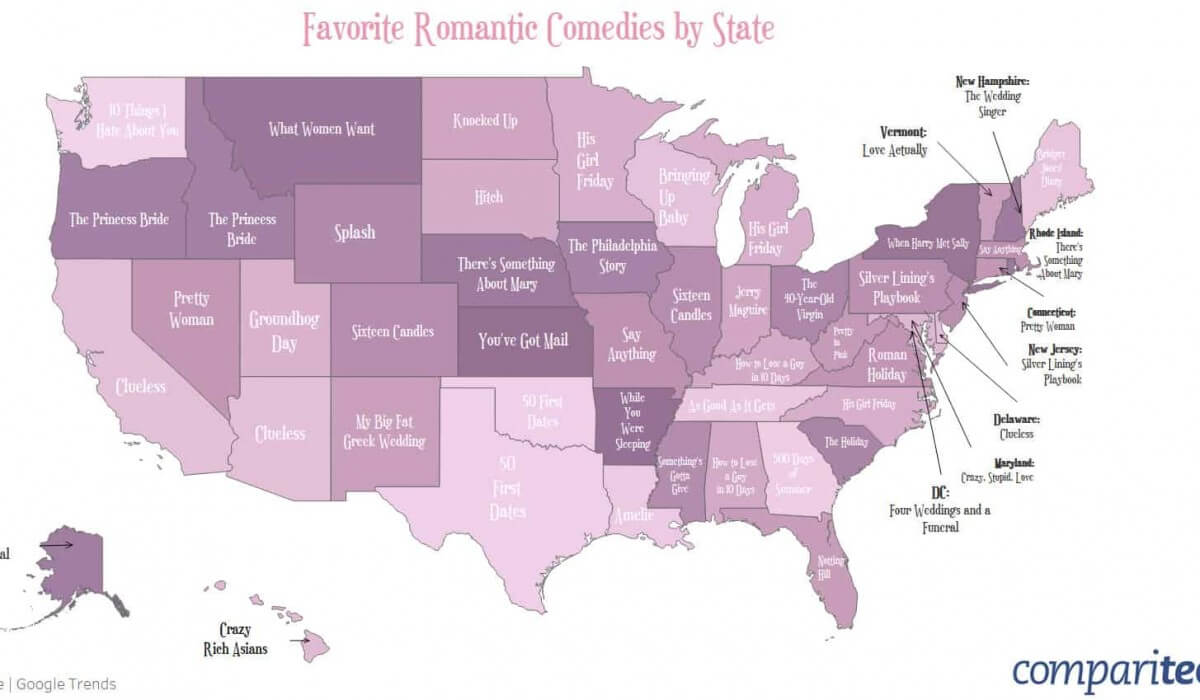 With Valentines Day closing in fast, Comparitech compiled research from Google Trends to find out each states favorite romantic comedy.  Iowa’s favorite rom-com is “The Philadelphia Story”.  Over in Wisconsin the favorite is “Bringing Up Baby”.  The favorite rom-com in Minnesota is “His Girl Friday”.  Check out more details about their research below.

The majority of these rom-coms are from the past four decades, but there are also a handful of older classics that have made it to the top.

A few states favored movies that were shot in their own backyard, including: