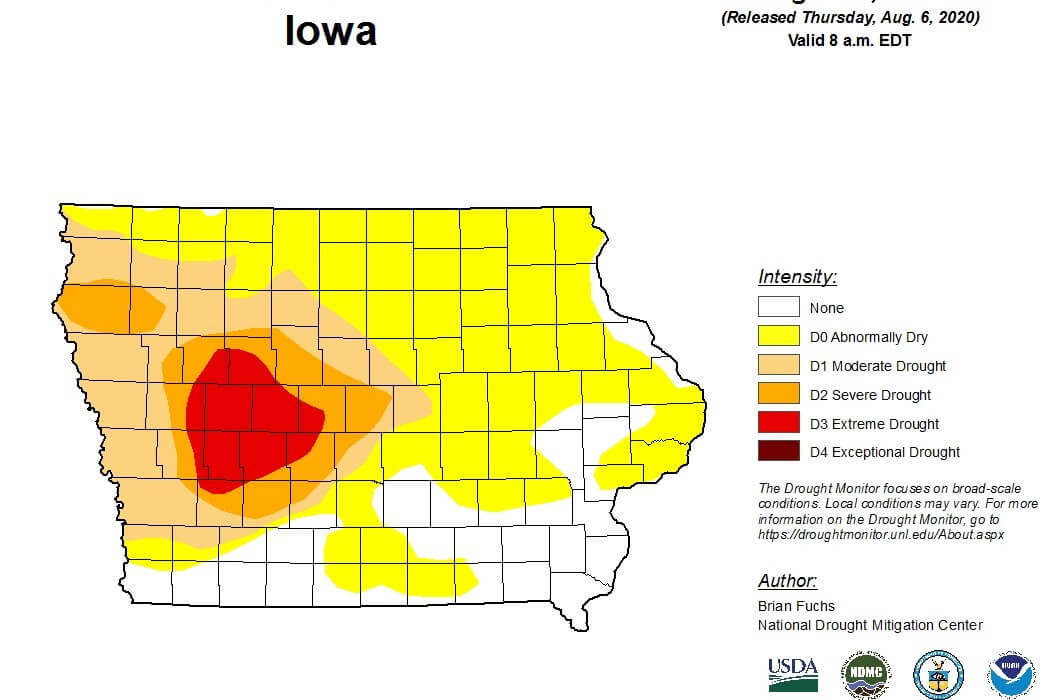 A good chunk of Iowa and the Midwest is in need of some rain.  Check out the drought summary from the National Drought Mitigation Center.

“Temperatures were cooler than normal over the northern and western portions of the region and near normal to slightly above in the eastern portions. Departure from normal temperatures were 2-4 degrees below normal in Missouri, Illinois, and portions of southern Iowa. Wet conditions dominated the region from Missouri to southern Ohio where 200+ percent of normal precipitation was recorded for the week. Improvements were made to the abnormally dry and moderate drought conditions in southern Missouri. Abnormally dry and moderate drought conditions were improved in Illinois, Indiana, Kentucky, and into portions of Ohio in response to the greatest rains. Portions of the upper Midwest continue to remain dry, with new areas of abnormally dry conditions introduced into northern Minnesota, western Wisconsin, southeast Minnesota and northeast Iowa. In western Iowa, the areas of moderate and severe drought were expanded with a new area of extreme drought introduced this week.”