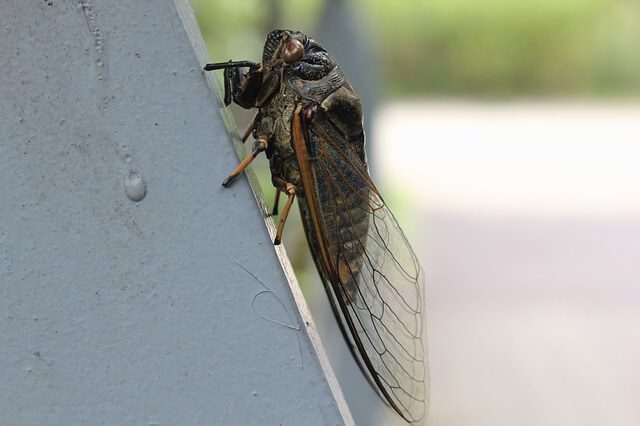 Trillions of cicadas will soon come out of the ground and descend on 15 states from Indiana to Georgia to New York. Scientists say that within a couple of weeks at most, cicadas of Brood X will emerge after 17 years underground, and they’re already coming out in Tennessee and North Carolina. The bugs which make loud noises that we hear will mate before they fall to the ground and die after just a few weeks. Their eggs hatch six weeks later, and tiny nymphs fall to the ground, where they burrow into the soil for another 17 years.

Cicadas are harmless….According to website EarthSky, Cicadas get a bad rap because they remind people of the biblical plagues of locusts (a different insect) that would eat entire crop fields. But the cicadas set to emerge this spring in the United States are harmless to humans and won’t wipe out fields or gardens.  They don’t sting and they’re not venomous.

Walking the dog after sunset. Thought wind was gently rustling leaves, except the noise was coming from my feet. #Cicadas are emerging. @capitalweather’s prediction was spot on. #broodx pic.twitter.com/H29ISpWPkx