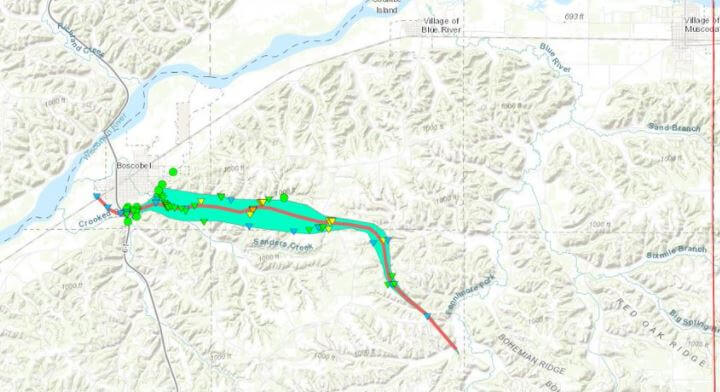 The National Weather Service has upgraded the wind speeds of the tornado that hit near Boscobel, Wisconsin on Saturday. The strongest tornado to hit Wisconsin in over a decade.

Widespread thunderstorms rolled east across the region Saturday, August 7th 2021. With a very moist airmass in place, the storms produced heavy rain, including rainfall rates in excess of 2″ per hour at times.  A swath of 4 to 6 inches fell from near Winona, MN east southeast across La Crosse, southeast Monroe and northern Vernon counties in Wisconsin. This resulted in widespread flooding, especially in the city of La Crosse where street flooding stranded numerous vehicles. An additional band of 3 to 5 inches came a few hours later, running from southern Clark to across Adams and Juneau counties in central Wisconsin. Some locations received record rainfall for the day.

Farther south in southwest Wisconsin, a tornado (preliminary rating EF-3) touched down near Boscobel, destroying or damaging several houses and outbuildings as it tracked east for just over 10 miles. The tornado lasted for 27 minutes and started near the southern edge of Boscobel. No injuries were reported.

Latest map from our damage survey of the Boscobel, WI tornado that struck Saturday. #wiwx pic.twitter.com/Zo97ro0Z7Z