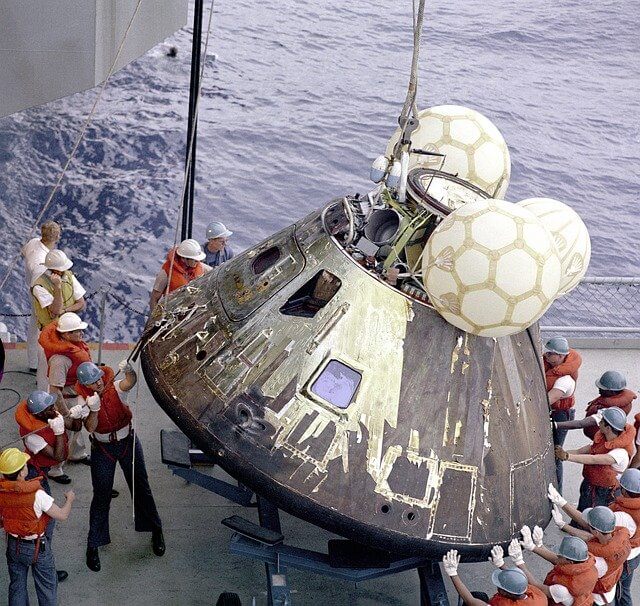 On this day (April 13th) in 1970, things got a bit hairy for the crew aboard Apollo 13. An oxygen tank on the moon-bound spacecraft ruptured, leaving the three-man crew with little time to figure out a way to get back to Earth. They returned safely on April 17th. It was on this mission that the now-famous quote, “Houston we have a problem” originated. The mission was later dramatized in the 1995 movie Apollo 13, starring Tom Hanks, Kevin Bacon, Bill Paxton, Gary Sinise and Ed Harris. The “Houston we have a problem” line, which everyone is familiar with, is actually misquoted. In the original audio from the spacecraft, astronaut Jim Lovell actually says “Houston, we’ve had a problem.”