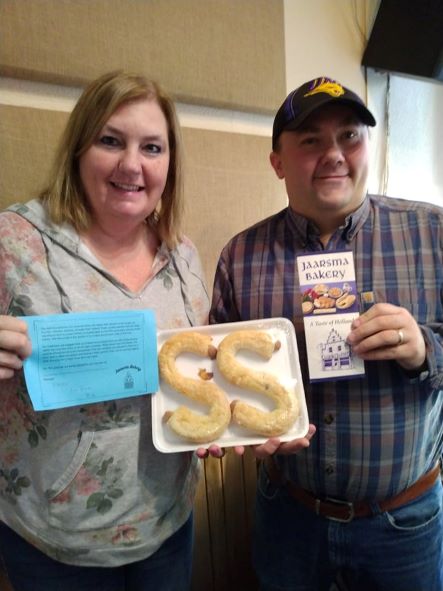 We have some of the best listeners on the planet, and some even become friends over time.  One in particular is our buddy Mike R. from Onalaska, WI.  He has called us in the morning just about everyday over the past few years….usually reacting to something we’ve been talking about on the air.  Last week he called and said he was planning on sending us something, and when the package arrived, we were not disappointed!  When we opened the box, we found many pastries formed in the shape of an S….They are “Dutch Letters” from the Jaarsma Bakery in Pella, IA.  According to their website, the Dutch Letters, were made only as a special treat for Sinterklaas Day (the Dutch Santa Claus Day), December 6th.  They are typically shaped into an “S” for “Sinterklaas”.

We called Mike to thank him for the treat, and he gave us a description of the “Dutch Letters”, and a little history of Pella.  Sounds like a road trip to Pella might be in the plans!

Mike told us he grew up outside of Pella, and wanted to share a treat from his old stomping grounds.  They are definitely delicious!  Thanks to for the Taste of Holland! 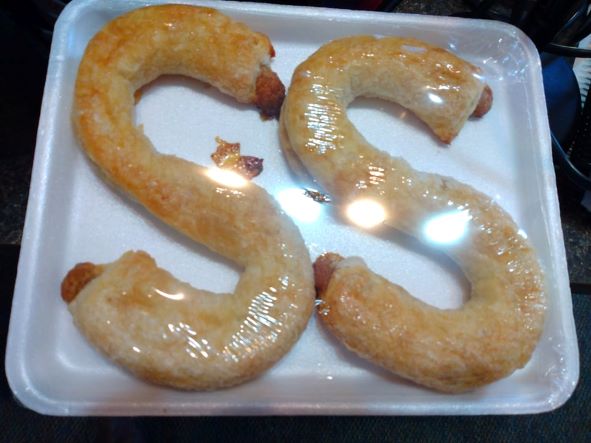