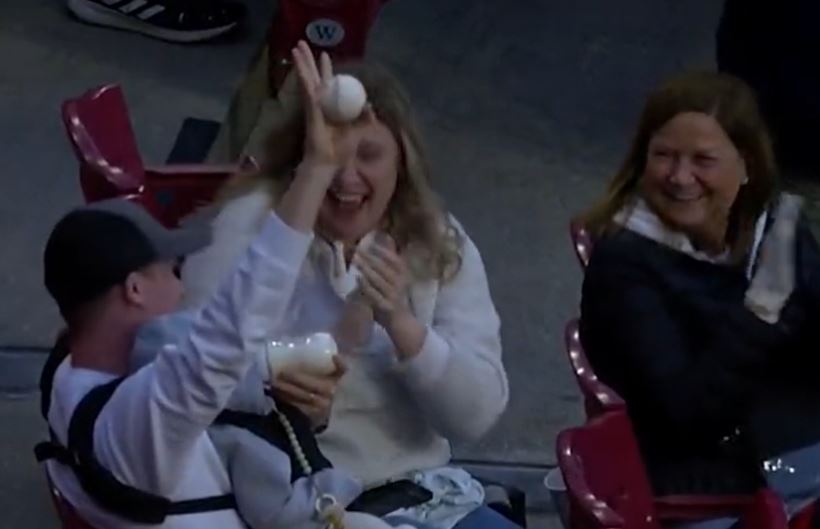 A Cincinnati Reds fan named Jacob Kingsley caught a foul ball WHILE bottle-feeding his baby at their game on Tuesday. Here’s the play-by-play as it happens, and then Jacob and his wife being interviewed afterwards.

Do-it-all dad: This @Reds fan snagged a foul ball while not skipping a beat feeding his young son@JimDayTV caught up with the Kingsleys after the impressive catch pic.twitter.com/9zptqf3ZsW