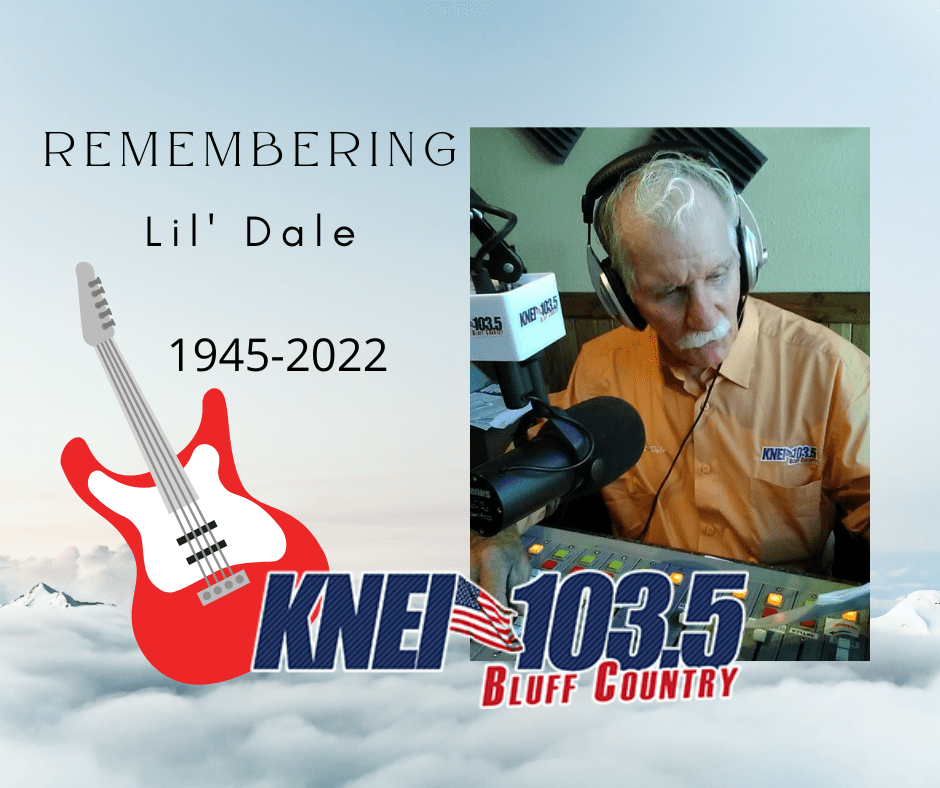 Keith “Lil Dale” Sweet was born May 27, 1945, in Waukon, IA, the son of Elmer and Lois (Love) Sweet. He was baptized and confirmed at Forest Mills United Methodist Church in rural Postville and graduated from Lansing High School. Dale married Mary Hines at First Baptist Church in Waukon; they had two daughters. They moved to Rockford, IL, where he started his career in radio as a local DJ and also hauled milk and drove truck, which he continued to do the rest of his life. He owned the Riverview Bar in Waucoma, IA, and eventually moved to New Castle, WY, and worked as a cable installer. During this time, he and Mary divorced. In the 1980s, Dale eventually moved to back to Waukon and met Crystal Hinman; they married on April 11, 1999, at Forest Mills UMC. Dale later became a member of Bethlehem Presbyterian Church in rural Postville.

As a legendary local musician, Lil Dale is probably best known for his radio show on KNEI. Starting a couple decades ago, Dale began on the AM station on Wednesday mornings before moving over to FM on Saturday mornings; since he had the most listened to show of the radio staff, the station added an extra hour to his show, which made him so proud. Dale had listeners from across the country and around the world.  His band ‘Lil Dale and the Legends’ played for several decades as well. Previously, in the 1990s, Dale lived in Nashville and on and off for about 11 years, played with Claude Gray, Moe Bandy, Mickey Gilley, and Faron Young. He primarily played lead guitar, but was a jack of all trades in playing instruments (except harmonica).

Dale also loved transportation of all kinds. He only drove Freightliner trucks and enjoyed riding his Harley. Trains and jets fascinated him and he liked checking out classic cars. Dale collected Farmall tractors and had several sitting around his farm. He loved his pets, people, and life and always thought of others before thinking of himself.

Dale was preceded in death by his parents; brother Kenneth Sweet; sister Jean Halverson; and an uncle Wayne Sweet.

As Lil Dale always signed off, “Remember, if you love someone, let them know.”